Read about our latest news and updates! 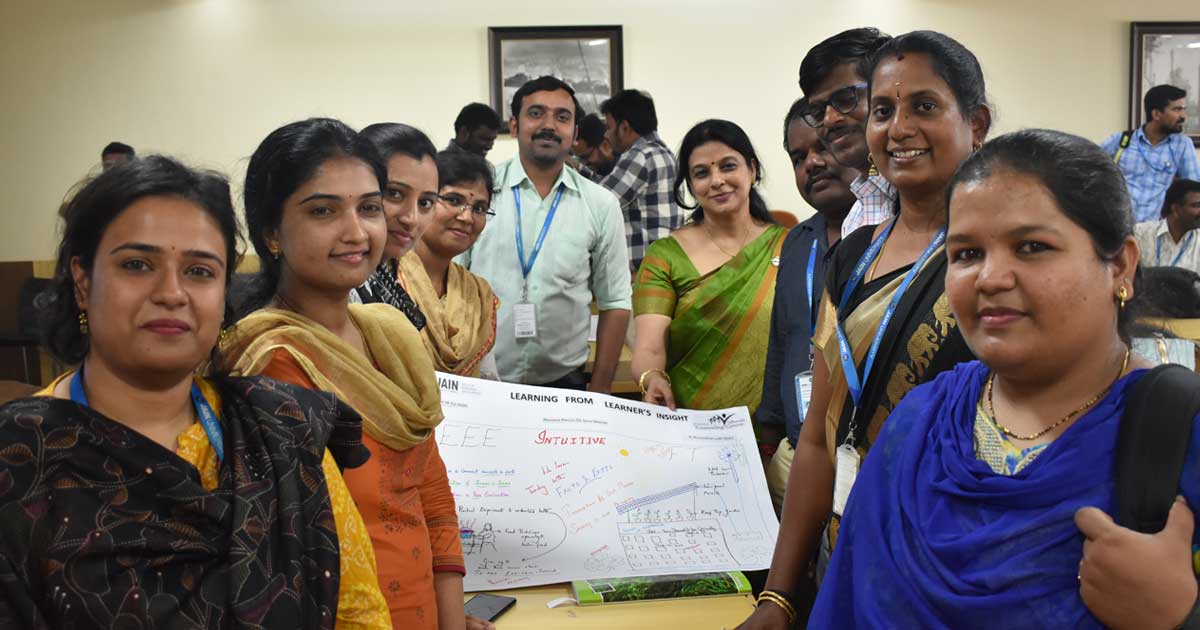 Jain (Deemed-to-be University) School of Engineering and Technology in association with JUSGCC Vishwas Counselling Center and IQAC cell conducted a one-day workshop on 14th February 2020 at the SET Campus.

Recently, a survey on learning preference of about 1000 engineering students was conducted using the "Index of Learning" method formulated by Richard Felder (used with permission).  Similarly, another survey was conducted amongst the faculty members to understand their teaching preferences.  This session was organized to understand and discuss the findings of the survey in detail and also to design a structure that will enhance the learning as well as the teaching experience.

The activity-based workshop used experiential learning technique by involving the faculty members in strategizing the teaching pedagogy for different streams of engineering, based on the key takeaways from the session. 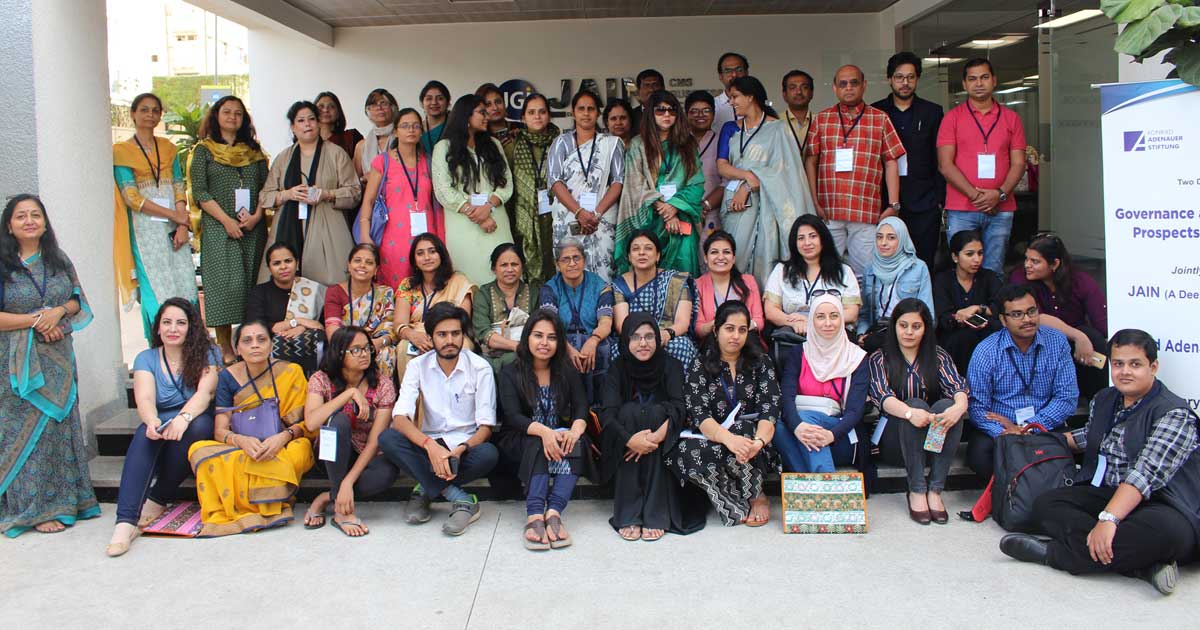 Jain (Deemed-to-be University) Centre for Research in Social Sciences and Education (CERSSE), and the Konrad-Adenauer-Stiftung (KAS) organized a two-day conference on ‘Gender Parity and Governance: Prospects and Challenges’.

This enriching event reflected on the learnings from the rich academic sessions wherein the importance of bringing the gender angle in all levels of governance was reiterated, be it the macro levels of federalism, judicial norms or within institutions and socio-political processes. The challenges of continuing patriarchal structures that perpetuate gender inequality, the gendering of safe city spaces, the ‘silent vote’ of women in politics, and the ‘panopticon’ of surveillance systems were amongst the host of other issues discussed and deliberated on. 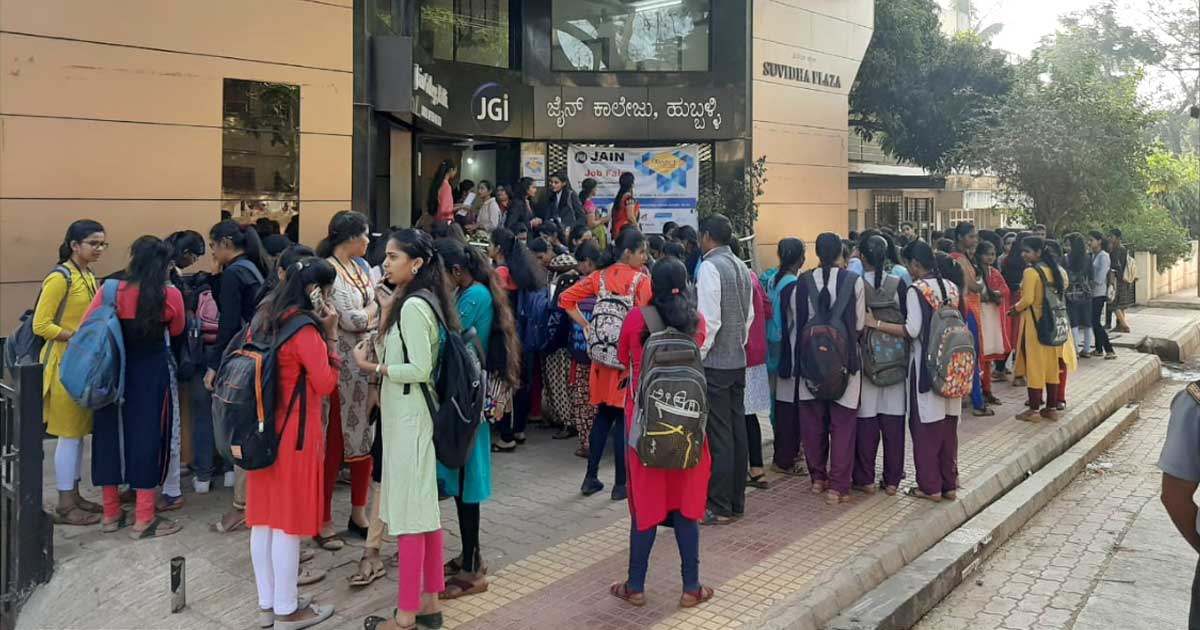 Connect To Careers 2020 ends on a triumphant note in Hubli

The annual job fair held at Jain College campus in Hubli on the 8th of February 2020 winded up on a successful note. Opening up a gateway of opportunities, the event saw over 1168 students from different colleges around Hubli and Dharwad walk in and participate with full enthusiasm to find their dream job with many top-notch companies.

Facts and Figures: Over 41 students received on-spot offers, 450 students shortlisted for final rounds and more than 300 offers may be rolled out soon.

Hosted annually across many campuses in different regions, this vibrant job expo sees over thousands of hopeful candidates walk into the venue, connect in-person with the recruiters and walk away with some great on-spot offers. The students undergo a written test followed by personal interviews for the various profiles that are available and at the same time offer parents a unique opportunity to witness the on-goings of an interview process and encourage the youngsters at every step. 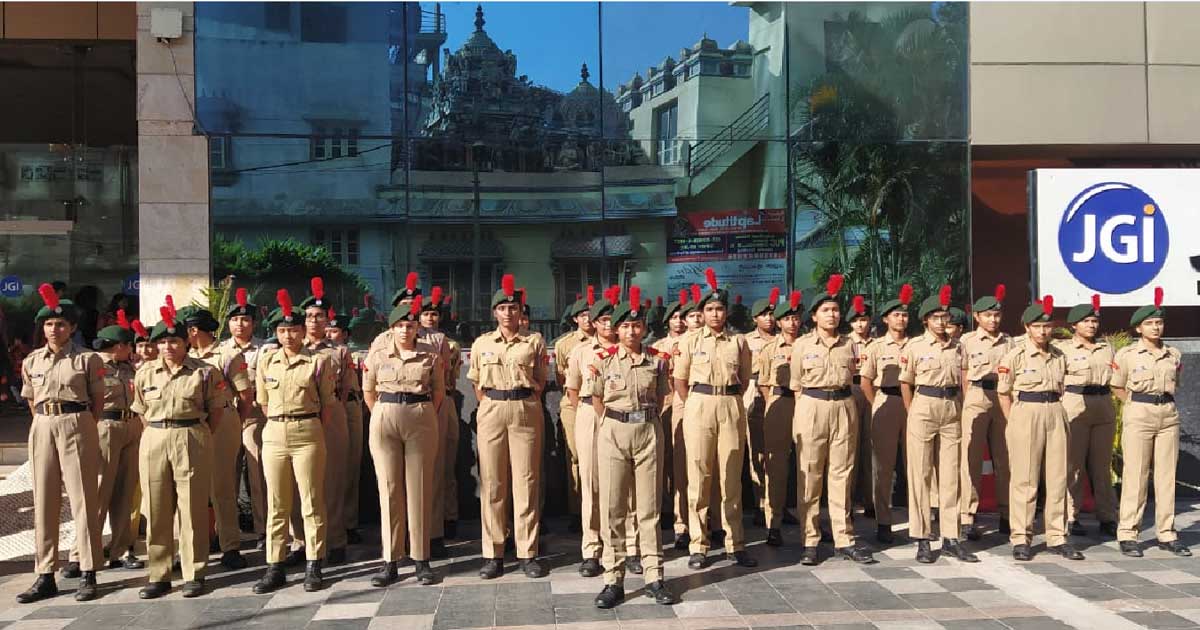 Displaying discipline, self-confidence, and unity, an 8 member guard performed Salami Shastra and Baju Shastra to welcome the honorable chief guest. After the flag hoisting ceremony, the cadets put together a breathtaking cultural event showcasing a vibrant fusion of Karate, Advance yoga, and Bharatanatyam. This was followed by an inspiring speech by the chief guest and felicitation ceremony of the cadets who completed the Thal Sainik Camp (TSC).

The NCC cadets, led by Maj. Dr. Rekha Sinha, put on a spectacular event to honor the 71st Republic Day of India, delighting the dignitaries, and guests who were present for the event. 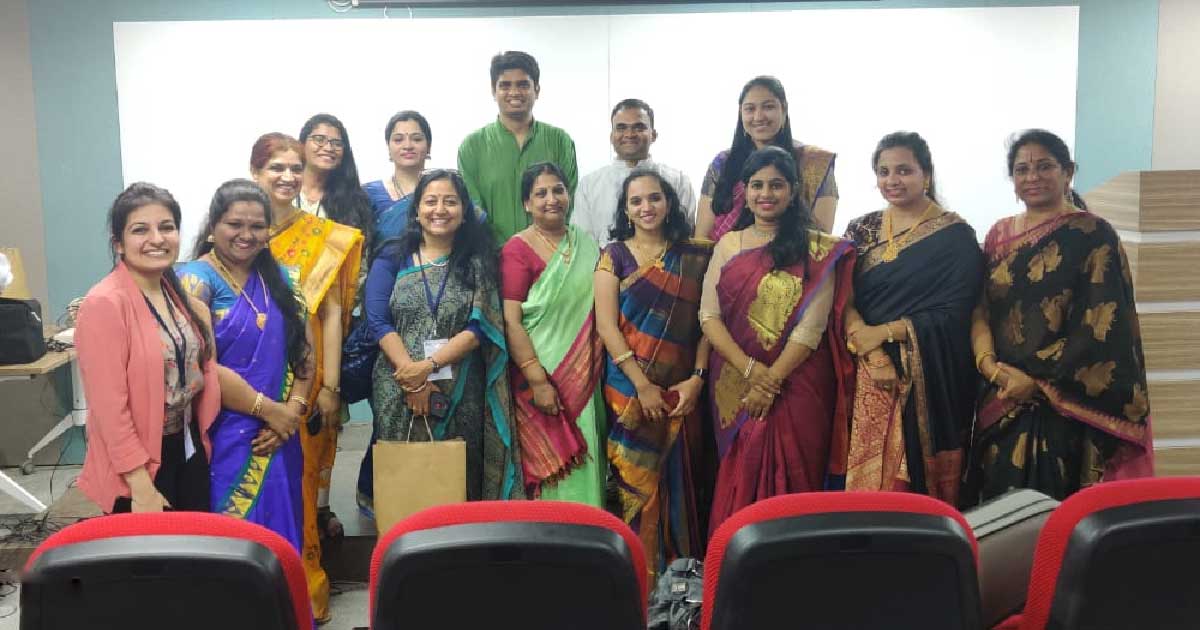 A Musical Rendition to Remember and Cherish!

The soulful voices of 2nd Semester MPA (Music) students made way for a melodious musical performance that enthralled the audience gathered for a conference on 'Governance and Gender Parity: Prospects and Challenges'.

The recently concluded event was organized by Jain (Deemed-to-be University) in association with the Konrad Adenauer Stiftung (KAS) at the Sheshadri Road campus on the 8th of February 2020 at Bangalore. 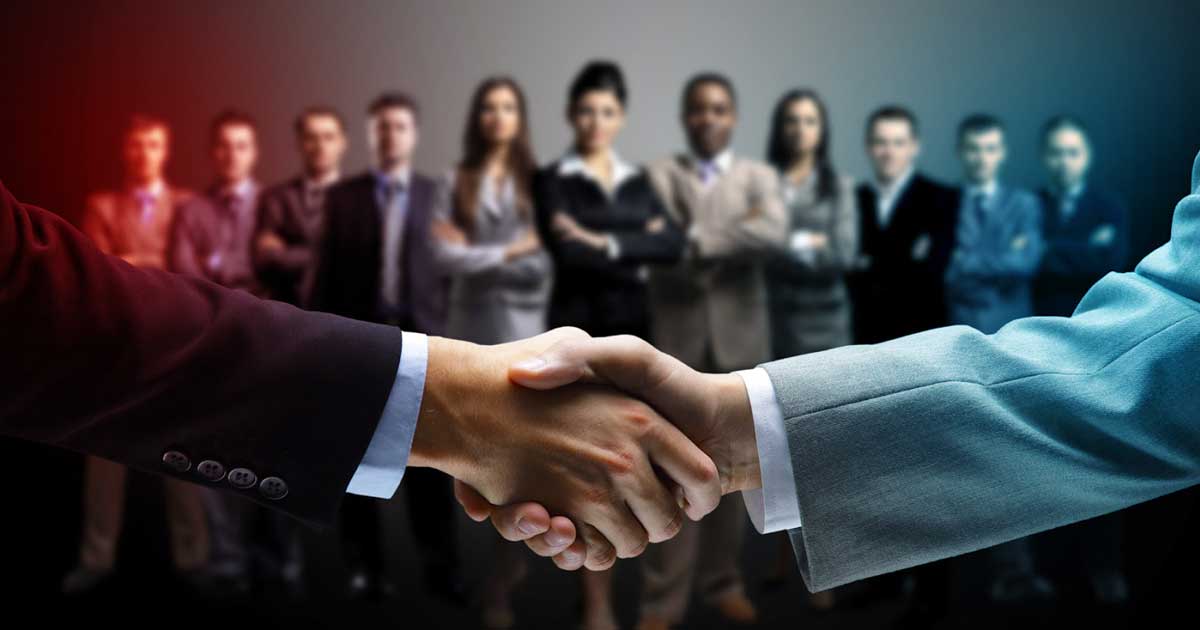 Placements for the academic year 2019-20 at Jain (Deemed-to-be University) has once again ended on a successful note. Around 1250 students have been offered prominent positions in globally renowned corporate giants like TCS, Mphasis, Ernst & Young, Price Waterhouse Coopers, Morgan Stanley, AXA, Synapse Innovation, Grant Thornton to list a few. A total of 236 companies have already visited the campus to conduct their annual recruitment drive and more than 60 are expected to visit soon to hire fresh talents. 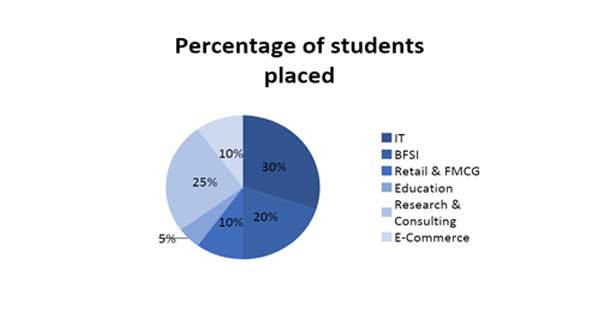 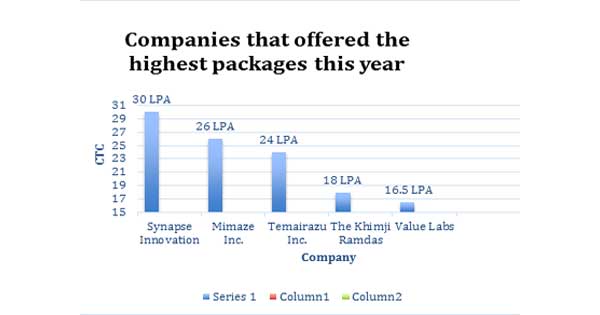 "We are pleased with the way the industry has come forward to hire students and happy for our students who have secured their dream jobs in campus placements. These graduates are expected to join their respective companies from June 2020”, says Dr. Easwaran Iyer, Director - Industry Interface & Placements. He also added, “We focus on preparing our students with new-age skills that are required by high tech industries in India and abroad. To prepare our students to take up jobs overseas, we have increased the focus on imparting skills sets needed abroad including foreign language training.”

The placement cell at Jain (Deemed-to-be University) offers 150 hours of student development program right from the pre-final year to ensure that the students are well prepared to appear for their campus placements. Several other initiatives and skill development programs are planned at regular intervals to help students advance their expertise, build up team spirit and shape the future as they like it.

Jain (Deemed-to-be University) continues with its legacy of giving wings to the many dreams and aspirations of the students through its uniquely crafted courseware and experienced faculty.