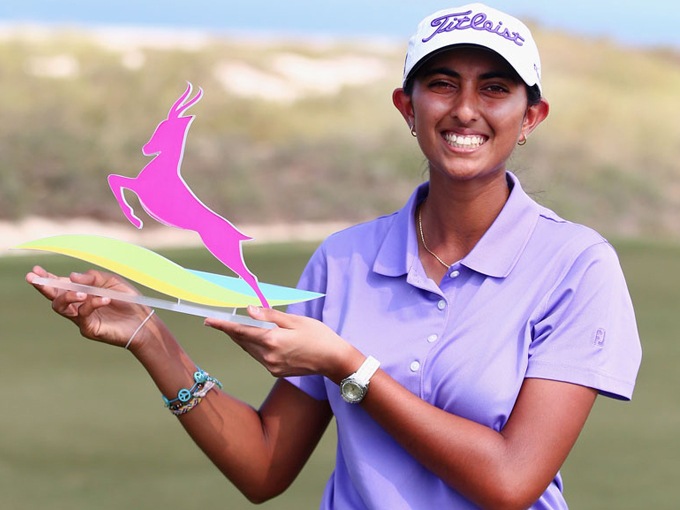 Among the many accolades under her belt, are victories at the Ladies British Amateur Stroke-play Championship at Leeds in 2015; the Q School International Tour in 2015; the Hero Women’s Indian Open in 2016 becoming the first Indian to win a Ladies European Tour (LET) title; the Qatar Ladies Open in 2016; the LET’s Rookie of the Year award in 2016; Lalla Aicha Ladies European Tour in Morocco in 2016; and Fatima Bint Mubarak Ladies Open in 2017. In 2017, Aditi played in all 5 of the major tournaments and shone in both the ANA Inspiration (T-42) and the PGA Championship (T-29).

Currently ranked 130 in the world, Aditi has her sight set on a LPGA win, and with the determination and talent that we know her for, that may be on the horizon.